Entrepreneur, author, artist and entertainer, Christopher Hopkins, “The Makeover Guy” ™ has inspired, educated and entertained audiences around the world. Through his television, radio and internet appearances hundreds of thousands have used his straightforward advice to look their absolute best. 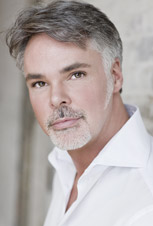 At age 26, he opened Christopher Hopkins Salon in the KSTP Hubbard Broadcasting Building where he was responsible for the looks of the on-air talent. There he appeared regularly performing beauty segments on “Good Company,” a local daytime talk show.

In 1994 he opened Christopher Hopkins Image Center (CHIC) in downtown Minneapolis while touring internationally as a guest platform artist. In 2000 he expanded his company renaming it reVamp! salonspa. Named “Best of the Twin Cities”, reVamp! salonspa is one of most recognized salons and spas in the country. Christopher’s unique talents and on-air charisma have won him repeat appearances on national talk shows including The Today Show, HGTV and the Oprah Winfrey Show.

Christopher’s highly celebrated book, “Staging Your Comeback: A Complete Beauty Revival for Women Over 45” remains a consistent best seller, along with his audio CD and his “Beauty Revival Guide.” And, across the web fans around the world are inspired and entertained with his “viral” makeover videos on youtube.